What supports the beliefs we have? Why do we believe the way we believe? Sometimes it’s just “blind faith.” Sometimes we take our beliefs and search out external sources for proof, whether that proof comes from a source we trust (such as the Bible), from scientific discoveries, from the experiences of others, and from other sources that serve to validate and/or confirm our beliefs. The following includes some articles that further discuss beliefs.

 Biblical passages related to Isaac’s Personhood Story.
 We Carry Our Children With Us.
 Indications of Microchimerism. 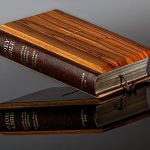 The Beliefs from Biblical passages related to Isaac’s Personhood Story.

There are many passages in the Bible that address life, personhood, souls, and humans created by God. As an illustration, let’s consider a working theory or beliefs regarding Isaac’s Personhood Story.

Think about what Isaac’s personhood story means about pre-born life.
From an extremely early gestational age, post-fertilized children:
-have preferences (i.e.-his coloring vs. my word-search),
-can see what is around them (colors coming towards him),
-have intellect and ideas (cut it while it’s on the roll),
-have emotions and temperaments (his silent treatment),
-can forgive (warming back up after my sincere apology),
-have a will to live (“I’ll try” to hold on),
-feel the pain of death (less than 8 wks old; sharp heart pain). 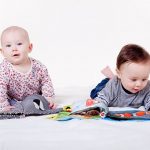 Please humor me further in this. By saying I heard my son say, “I’d rather color,” I am claiming that my less –than-8-week-gestational child had preferences. But don’t take my word for it. Let’s look at Genesis 25:22-23: “And the children struggled together within her…And the Lord said unto her, Two nations are in thy womb, and two manner of people shall be separated from thy bowels…” They struggled because they were different.

By saying I saw what he saw…

Read more about how the Bible relates to the assertions derived from Isaac’s Personhood Story in our book, When Unborn Babies Speak.  Look for it on Amazon today.

The Beliefs that We Carry Our Children With Us

According to Naturally acquired Microchimerism, our babies’ DNA begins to transfer into us early in our pregnancies, which explains how fetal DNA has been found in women with early pregnancy losses from abortions or miscarriages.

Stepping back a moment, for those with children still living among us, are you ready to consider whether this might be a scientific rationale for mother’s intuition? For example, little Johnny or Sally (God forbid) gets into an auto accident, and you immediately know “something’s wrong.” You might not know what’s wrong, but you have a bad feeling and a deep urge to check on your child. 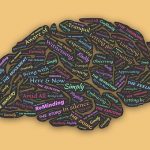 For all of us who have been pregnant, could the fetal DNA that has entered our systems be the scientific explanation for maternal instinct? For example, maybe we know we’re pregnant before we even buy a pregnancy test. Or maybe we know our child’s gender before the ultrasound confirms it. Or maybe we know…, well, you tell us [please. Really. We want to hear your stories of your baby.]

Back to the article, for those of us who lost our babies from miscarriages, etc., the news that we may still be carrying at least some of our babies’ DNA inside us may be  Continue reading...

comforting. We are still bonded to our babies. We still love our babies. They are still a part of our lives, literally. Our grief is real, and God is touched by our grief—by our love.

This may also indicate why it is more needful for women who chose to terminate their pregnancies to repent, receive forgiveness, and embrace their motherhood. A part of their healing may include coming to a place of peace with the DNA of their babies still living inside of them.

The study which found fetal cells remaining in maternal blood (at least) 27 years after pregnancy may be of particular importance to mothers who aborted. The pain of guilt and condemnation you may still be experiencing won’t (necessarily) go away on its own over time. But you can turn to the One Who longs to set you free from the condemnation of the past. The Prince of Peace can bring reconciliation and peace in the place of that guilt and condemnation.

Then, as you come to a place of accepting and really receiving forgiveness, you can also find comfort in stepping into the relationship with your babies whose DNA is still inside of you.

Our Seminar and our book, When Unborn Babies Speak, may bring you some additional comfort.

You can embrace the bond you have with your babies and be free to love and grieve them as your heart yearns to do. 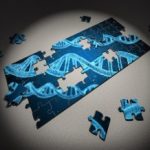 Beliefs regarding Indications of Microchimerism

Microchimerism refers to fetal DNA being passed to the maternal body. A woman highly in tune with, highly in touch with, her body and the new life growing inside of her, may occasionally be granted access to or contact with that fetal DNA which has passed to her body in such a way as to allow her to tune in to what is happening with her baby at a deeper, more conscious, level than most mothers (or at least more than most mothers would be willing to admit).

Counting down the assertions, here are some of the beliefs related to microchimerism.

Read more about how microchimerism and the Bible relate to the assertions derived from Isaac’s Personhood Story in our book, When Unborn Babies Speak. Don’t miss out on the significant principles discussed in this book. Look for it on Amazon today.

1-Numbers 12:12 (YLT) “let her not, I pray thee, be as one dead, when in his coming out from the womb of his mother – the half of his flesh is consumed.” Gestational children who die at an early enough stage yet remain in the womb for a week or two or three (or so) before coming out on their own will begin to regress in development. In studies of mice [for scientific studies of humans regarding this subject are not allowed to my knowledge], when an embryo dies inside the womb, it slowly begins to deteriorate until it becomes no longer visible to the naked eye. I believe this phenomenon of an embryo (which has died) deteriorating until it becomes invisible may also explain (at least some) cases of “blighted ovum.” 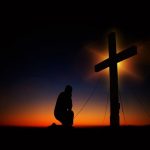 Lord, I plead Your blood over this series, that whomever needs to read it will read it and learn what You want to show them. I plead life. Life. Life for those whom God has knit together in the womb. Deuteronomy 21:9- “So shalt thou put away the guilt of innocent blood from among you, when thou shalt do that which is right in the sight of the Lord.”