Please allow me to continue with my testimony [Go to Isaac’s Personhood Story for background]. 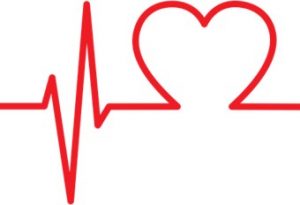 In the wee hours of early morning while I was still in bed, I awoke to an unusual sharp pain in my heart. It was brief, but it definitely got my attention. A moment later, I felt that same sharp pain, except on a smaller scale, in my womb.

Shortly after, I had a related vision or dream. In this vision, I was immobilized, except for my head. It was as if I was on an operating room table, and I could hear murmurings around me but could not make out what was being said. There was pitch darkness, and I could not see.

As I realized my baby, my only child, was being taken from me, I prayed. Fervently, passionately prayed. As I was praying I noticed a portal opened up above me, and I saw brilliant light, as opposite from the black of the darkness around me. In that portal, I could make out the head and upper torso of a man (judging by the facial hair and other human features similar to men), but I could not tell much detail. I took this man to be Jesus, and I continued to pray fervently, vehemently, passionately, desperately. 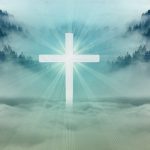 As I was praying, I could see a bundle of light lifting from my womb and ascending slowly up towards heaven—towards that portal. It crossed a rift of some sort (which I took to be a divide between the temporal and the eternal.) I kept praying desperately, “please give me my baby back.” That bundle of light continued up until it went over the right shoulder of Jesus, and out of sight.  Jesus kept looking at me as I kept praying.

The portal remained open, so I kept on praying. At one point—I’m not sure exactly when—I briefly saw another being closer to me. This being of light was somewhat similar to a human, but the face and the body was different, and it was a bright being—though not as bright as Christ. I took this being to be an angel, but we didn’t speak to each other. I returned my gaze on Christ and continued desperately praying.

After what seemed like an agonizingly-long time, I saw a bundle of the same size begin to descend from over Jesus’ left shoulder. I was a bit puzzled, as this bundle was not lit like the bundle that was received into heaven. Instead of asking questions, though, I looked at the bundle, still descending, and looked at Jesus—back and forth.

That darker bundle was placed back inside of me, and I hoped beyond hope that I was given my baby back. The portal closed, and I was left alone and in the dark. But the pregnancy symptoms began reversing—the most painful of which were the lack of communication/relationship and the “oven” being turned off. In a couple of weeks or so, I passed my son’s remains, and immediately—instinctly—said to myself “That’s him.” Then I experienced another dreaded pregnancy reversal symptom–emptiness, and I wondered to myself, “How could something so small leave such a large hole?” 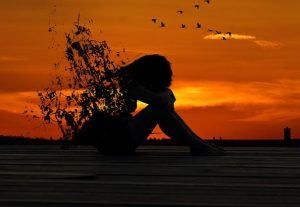 Regarding the small size of his body, it was bittersweet for me to learn that (at least, in studies of mice), when an embryo dies inside the womb, it slowly begins to deteriorate until it becomes no longer visible to the naked eye. Then I ran across Numbers 12:12, which alludes to this phenomenon: “let her not, I pray thee, be as one dead, when in his coming out from the womb of his mother – the half of his flesh is consumed.” This phenomenon likely also explains “blighted ovum,” but I digress.

So, given the rest of my testimony, if I were to believe that what I portrayed was anything less than the remains of my son, I would also by default have to believe that God would send down His angels to extract that so-called menses, cancer, dead tissue (or whatever else you might wish to call it) in order to receive that same “menses, cancer, or clump of cells” into Heaven.

Read more about Isaac or validations regarding Heaven in our book, When Unborn Babies Speak.

This experience is why I have been vocal (at least online) against abortion. I had a firsthand—granted, rare—experience with just how fearfully and wonderfully we are made…just how very much human—very much like us post-borns—these precious pre-borns are, at very early stages. I experienced glimpses of his internal personhood. How can I continue to remain silent when so many babies’ deaths are “swept under the rug” and so many other babies are being killed? I hope you will not remain silent, either.