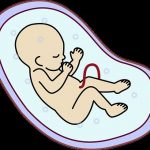 Gestational children are persons both outwardly in physical appearance and inwardly in their souls.

Read more about personhood in our book, When Unborn Babies Speak.

Now is the time to share what we learned about any of our children during their gestational stages.

There may also be women whose children are still living among us today who can also testify of the truth of learning about their children’s unique personalities while those children were still in utero. For instance, while pregnant, did you crave a certain food that now you find that child just loves? We are also painfully aware of the fear of not being believed, fear of being ridiculed, and so on, may still keep many silent. Please affirm the pro-life message of the voice of the gestational children whose voices might be permanently silenced if they are not recognized as individual human beings in their own right. 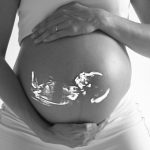 Our baby loss has birthed within us a drive to save the lives of other babies.

This site is for those whose baby loss has fueled their desire to become (more) active in the Pro-Life movement, fueled their desire to share pictures of their precious miscarried, stillborn, or lost early infant child(ren) with those fingers, toes, and other physical traits we readily identify as human, in the hopes of showing the women in the valley of (the life or death abortion) decision that the babies they carry are just as human as they are and no more deserving to be brutally murdered than they are. We know you’re out there. We’ve seen your stories on emails and FB posts. We welcome your stories of life advocacy here.

Baby loss is tragic whether it occurs from miscarriages, stillbirths, early infant losses, or chosen abortions.

This site is also for those who realize that child loss is child loss, and child loss is tragic. Sometimes we as Pro-Lifers often fight so hard for the lives of the aborted children while brushing off the deaths of the miscarried or stillborn children. Why? Yes, one involves open sin (whether deliberately chosen or coerced/pressured/led into it) while the other (generally) does not. Yes, we are called to speak out against sins like murder. But can we not also pause and acknowledge the same level of humanity exists in the miscarried and stillborn children as exists in the children living under the threat of being aborted? This site seeks to bridge that gap and end what many miscarriage mothers view as this disingenuity regarding in utero children.

Our Seminar and our book, When Unborn Babies Speak, may bring you some additional comfort in your time of loss.